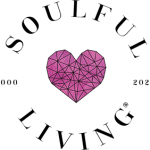 New York (January 1st, 2020) — SoulfulLiving.com, one of the web’s preeminent sources for personal growth, self-help and spiritual development, has been available to readers online for 20 years. On January 1st, 2020, the website will publish a special anniversary edition of its online magazine, featuring articles from many of its prominent alumni authors.

The number of self-help and personal-improvement websites has skyrocketed in the past decade. Such sites are a substantial contributor to a self-help and self-improvement industry that is worth more than $10 billion dollars today.

Yet when founder Valerie Rickel launched Soulful Living on January 1st, 2000, Google had not yet become the world’s top search engine. Popular social media platforms, such as Facebook, Twitter, Pinterest, and Instagram, did not exist, and web resources for inspiration and healing were few and far between.

With faith, perseverance, and poignant content, Ms. Rickel’s online opus has proven itself a highly relevant and trendsetting project with long-term value. Shortly into its 20-year career, The Good Web Guide to Mind, Body & Spirit author Meg Sanders described Soulful Living as, “Elegant, erudite, ambitious and sincere, this site sets the standard… we’ve seen few others that even come close.”

Valerie Rickel and Soulful Living have garnered mentions in numerous other books, as well as major publications such as Health Magazine and the Los Angeles Business Journal.

In the decades since its debut, Soulful Living authors have contributed thousands of personal growth and spiritual development articles on such topics as life purpose, finding joy, mindfulness and meditation, healing and wellness, love and relationships, letting go and acceptance, creative expression, and other related self-help and self-improvement topics.

Additional offerings at SoulfulLiving.com include the Soulful Living Boutique, where readers can purchase complementary tools for healing, yoga and meditation, a Soulful Living Classroom with soulful courses and programs led by some of today’s most renowned experts and thought leaders, soulful coaching sessions and trainings, and also an online dating site called Soulful Match.

Ms. Rickel has expended a great deal of time and effort in coordinating this author reunion, and is endlessly grateful for each contributor’s response. In releasing this special anniversary issue, Soulful Living also remembers authors who have since passed and honors them with a special tribute for the contributions they have made to the online magazine.

Reflecting upon the 20th anniversary of Soulful Living, founder Valerie Rickel says of its origins: “I think when you start up a creative entrepreneurial project of any kind, you never really know where it’s going to lead, what its future will hold. You are so ‘in the moment’ of creating, of following that greater call – that flow of inspiration. You hope that your project will grow and prosper, but you just never truly know,” she says of its inception.

“When I set out to create SoulfulLiving.com, I was grieving the loss of my father and had been searching the internet for personal growth and spirituality resources for comfort and healing. I knew that creating this website was something I could not not do,” she recalls. “And, I discovered that a wonderful byproduct of following this calling and creating this website was that it helped me to heal, in many of the same ways I had hoped it would help others. Isn’t there a saying that it is hard to help others without also helping oneself? I have found that to be very true and am so grateful.”

Overall, Ms. Rickel says this anniversary has left her feeling “honored, joyous, blessed.” Visitors can view the 20th anniversary issue of Soulful Living when it drops in January 2020.